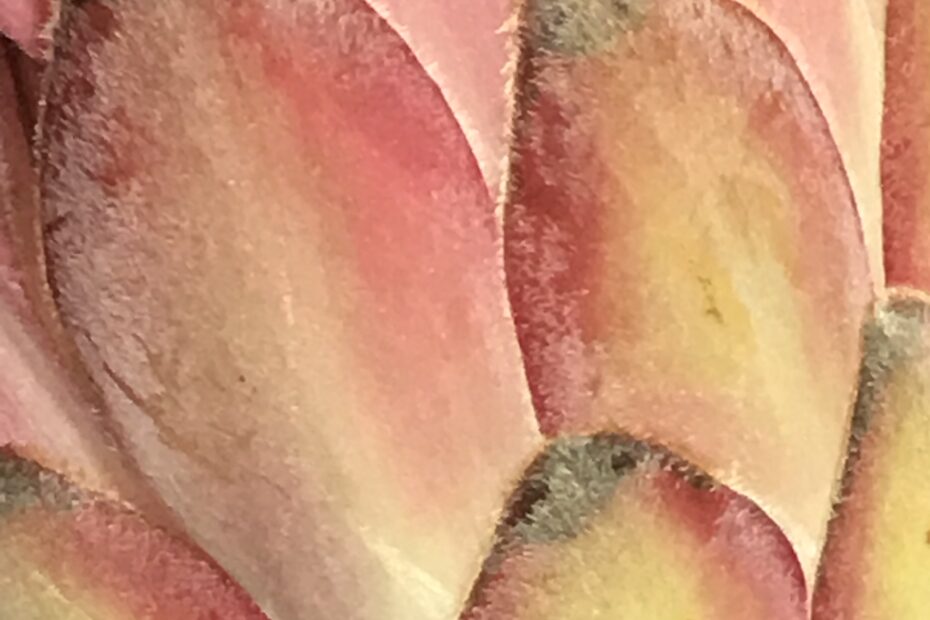 When I was young, I had some not so helpful stories about myself. One of the cruelest was that I had no talent. I was interested in a lot of different things but didn’t stick with anything for very long. Ukulele lessons, drama class, painting, drawing, piano, writing, and so much more. I had a huge desire to create, along with a restless mind and a low tolerance for frustration.

So I was really happy one day to watch an episode of the Brady Bunch where Jan seemed to have my problem: no talent! During this episode, she tried a whole mess of things and sucked at all of them! So even though I felt for Jan and her sorrows, I also knew we were kindred spirits. Me and no-talent Jan. Everybody tried to encourage her (except Marcia, I’m sure), but she became more and more frustrated.

On the verge of accepting her fate, Jan decided to try out for a school play, and she did really poorly, blowing her lines so badly that I cringed for her. But that wasn’t the end of the story. For the audition, Jan had brought an easel and paint to use as props. So while she didn’t get the part, the drama teacher, as it happened, was also the art teacher. Turned out Jan had a real talent for painting. I felt so betrayed and resigned to continuing on my talentless path, doomed to be a dilettante forever. (I probably didn’t know the word “dilettante,” but I knew the shame.)

Forward to 25 or 30 years later. I was at a job interview, and I failed the test. I told the nice man thanks for his time and that I totally understood not getting the job. He said “Not so fast.” I may have failed the test, but he saw something in me, that I was intelligent and had a good work ethic (true). Turns out he saw me as more of a generalist than a specialist. I didn’t take it as a compliment. It brought up all of my feelings of insecurity and feeling as though I was intellectually shallow. I got the job and did well, but his words, while meant kindly, stayed with me. It was actually fairly recently that I realized he was right, and that maybe being a generalist was just fine.

I now know that those things I told myself, those harsh and unkind things, are not true. I may have some dilettante tendencies, but I am not intellectually shallow. I do stick to things in my own way, and I love to experiment. All of these things go into making me who I am. And as I was told by some truly amazing friends, maybe my being a generalist means that I am good at a lot of things. And maybe all of this exploration has made me an interesting person. (And perhaps explains my fascination with collage.)

Another thing that’s helped is the value of hindsight. Sometimes it’s not until I’m past a project that I realize just how hard I’ve worked and how much of my heart and soul has gone into the effort. As a fellow coach told me a while back, I may not follow a straight path, but it is a path.

This is not to say that being a generalist is better than being a specialist. Each is great. We need all kinds of people in this world, and the way you show up, just as you are, is more than fine. If you have a wide variety of interests and don’t follow a linear path and struggle with focus, I’m waving at you from my home, where I sit, often unable to decide which project is next, sometimes frustrated, but with a lot less judgment. And if you’re a specialist, someone who can burrow deep and stay that way for hours, I’m waving at you, too, with just the tiniest bit of envy.

I would love to know if you’ve ever come to a new understanding of an old story. Please share in the comments, if this speaks to you.

This is the blog for Everyday Wonder Coaching. Here you’ll find musings, ideas, photos, resources, and maybe the occasional rant.

Let’s make room for wonder and discover ways to move you toward your dreams.